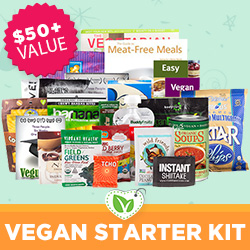 I decided my first experiment with this new ingredient would be jackfruit tacos, using the jackfruit similar to how it was used on the nachos that were so impressive. Using two forks, I held the chunk still with one and pulled the other fork along the edge of the jackfruit chunk in order to create strands of the jackfruit meat which would create the shredded chicken-like texture for the tacos.

Everything after that was identical to the way I have always made taco meat, which is to start by sautéing onions, garlic and meat then adding spices with some liquid to simmer until the flavors meld.

The jackfruit tacos filling turned out wonderful! Even my husband agreed the texture was a lot like shredded chicken and the flavor was delicious as usual. I can’t wait to try using jackfruit in other recipes. Next on my list are pulled “pork” sandwiches and teriyaki style tacos so make sure and check back for those recipes.

You can also use crunchy taco shells!

Have you cooked with jackfruit before? Let me know what recipes you’ve tried in the comments.

About the Author : Taylor

Passionate about cooking and vegan cuisine, I started this website to to share plant-based recipes, explore topics related to veganism and inspire those who are interested in “eating more veggies and less animals.” When I'm not cooking up vegan culinary creations, I can be found coding websites, playing music and teaching yoga.

I'm a vegan who LOVES food! I started this website to share recipes and ideas with others who may be curious about going vegan, while still enjoying amazing meals.

3 Simple Changes You Can Make to Reduce Your Impact On the Environment – Today!

30 Day Vegan Challenge: Why I Am Going Vegan (at least for a month)

Angie: Great list! I really loved the pizza from 800 degrees. ..

Melissa: So glad you had a great time in Paso! My family and I (all v ..

Taylor: Thanks for commenting, Sean. I'm so glad you liked the recip ..

sean: Delicious recipe! I think my potato was a bit too big becaus ..

Learn how to easily veganize your favorite recipes! Sign up for email updates and receive a free cheat sheet.